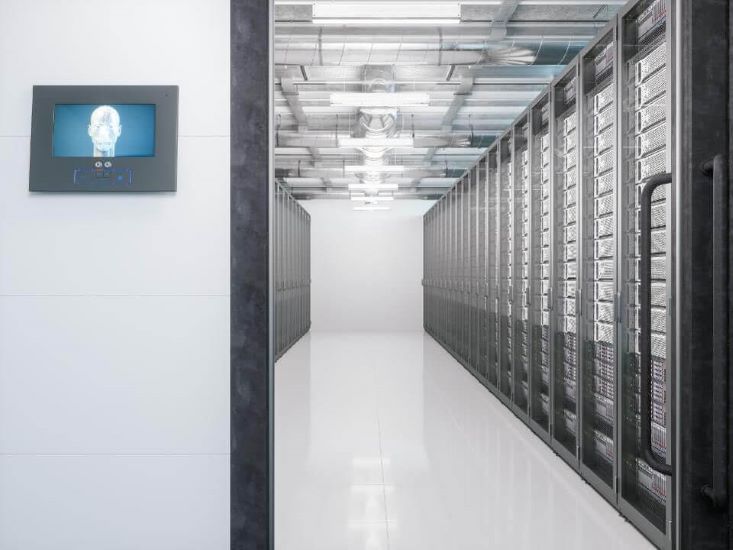 Is there more to AI than automation and data processing? Yes—a lot more. And now that some of the more basic functions of AI have matured, we’re going to see a sharp increase in the sophistication of AI, as it becomes more and more human. The following is a brief look at where the enterprise is when it comes to AI, and where we’re about to start heading. These are the enterprise AI trends making headlines.

Trend 1: Moving Beyond the Basics

As I noted above, there are some basic functions of AI that most companies have already adopted, and that we as users can feel confident about when it comes to functionality. Those include things like personalization (personalizing ads, email messaging, auto-texts, etc.) and recommendations (such as those you see on apps like Spotify, Netflix, or in your Amazon shopping card), and other martech, which is now widely available aaS for just about any size enterprise. There are also a number of technologies that are starting to reach high saturation levels—most importantly robotic process automation (RPA). I call RPA the low-hanging fruit of AI because even despite its intelligence, it’s simple. It focuses on automating one process at a time, rather than vertical processes throughout an enterprise. RPA is saving companies lots of time and money, but not yet on the scale it could. In the nearest term, we’ll see some more laggards move toward RPA adoption while current users seek to optimize the processes they’ve already started.

Now that we’ve got those basics under control, we are seeing many of the early adopters moving to the next level. We can expect to see a growing focus on things like AI and ML powered predictive analytics—allowing enterprises to extract more value out of data, especially in real time, and even trusting it to make decisions for us. We’ll also see a greater understanding of things like knowledge graphing—wrapping our brains around how AI uses data to find correlations we may never have dreamed of. These are some of the enterprise AI trends that show the most promise

The truth is AI adoption is hard. Many companies have either taken more time than they expected to optimize it, or spent more time than they expected to build up their systems to handle it. A recent report from Pactera Technologies echoed what Gartner found previously: 85 percent of AI projects fail to deliver their intended promises. Another recent report from Dimensional Research found 8 in 10 organizations engaged with AI and machine learning said those projects stalled, and 96 percent said they ran into problems with data quality, labeling, and building model confidence. In fact, even high-tech giants like IBM, Uber, and Amazon have had to scrap major projects—totaling millions of dollars—due to sometimes quite significant AI challenges. Are the growing pains necessary? Not necessarily. By now, there’s enough information about what to do—and not do—to create AI projects that make an impact. Big things to avoid: starting without a clear mission, collecting too much data (or not using it or managing it correctly), using an errant algorithm, and waiting too long for a payoff (rather than working in real-time checks and balances along the way.)

Technologists are seeing major improvements in the field of reinforcement learning, whereby AI is able to earn rewards for goal-oriented behavior. It’s starting to gain common sense. It’s starting to think—in a weird way—similar to people, which means it also has the power to start taking out jobs en masse (see my recent piece about CMOs and the reasons AI is putting their roles in jeopardy.) This is the fork in the road where AI goes from human-light to human-like. Some specific examples of how advanced AI is becoming are outlined beautifully here.

We are also seeing AI rapidly move toward a more conversational nature. Startups and Technology leaders alike are racing toward chatbots that don’t just answer questions, but that have advanced inference capabilities. Google, Microsoft, Amazon and IBM all come to mind with their advancements in conversational AI pushing for more turns and human-like communication that can contextualize content and infer at rapid speed. I’m really looking forward to these enterprise AI trends.

In order to see conversational AI become a reality though it takes a lot of work in the background and this means our semiconductors must become more capable as well. This has led to companies like Intel building application specific chips for inference as well as developing what they call DL boost technology that enables computers to expedite deep learning for inference. This space has become increasingly competitive as well as GPUs, which were traditionally better known for their AI training capabilities have become increasingly capable for inference. This was touted in an announcement last week from NVIDIA where the company showed how GPUs could become a valuable tool for inference with lower latency, which leads to more natural, human-like conversation.

Lastly, as AI does become more human, the enterprise is starting to realize that using it does have serious ramifications—and I’m not just talking about job loss. We’ve already seen that AI algorithms can be built, inadvertently, with bias. For instance, AI used for recruitment may “accidentally” select white males as highly qualified simply because white males wrote the algorithm. This is a huge concern, especially for companies like IBM that are using AI not just for recruitment but to perform employee reviews. Would you want a robot judging your job performance? Determining whether you deserve a raise? How fair would it be—really? Can any of us ever really know for sure?

In the future, we’re going to see a lot more focus on the ethics associated with AI. For instance, Oracle created a board of ethics to discuss issues like fairness, accountability and transparency regarding the algorithms it’s using. IBM is focusing on “explainable” AI. Microsoft created guidelines for using chatbots responsibility (for instance, companies should always alert customers that they are communicating with a bot, rather than a human, and alert them to their limitations). We’re seeing cities pull back from things like AI-programmed facial recognition because of their privacy risks, and companies like Amazon are getting pushback about employee surveillance trackers for the same reason. The truth is, we’re starting to understand that the power of AI is unlike anything we’ve ever imagined. There is truly no limit to the type of data we can now pull or process about one another. The question we have to answer is—should we?

Moving forward, it will become even more important for companies to develop journey maps to guide their AI development, and to perform consistent and routine audits to make sure that the AI they created is still answering the question or problem they developed it to manage. This will be coupled by endless debates on where it augments versus replaces humans, how it needs to be regulated and determining vast ethical dilemmas. These enterprise AI trends are exciting, however, in the meantime, sit back and enjoy—it’s going to be a wild ride.