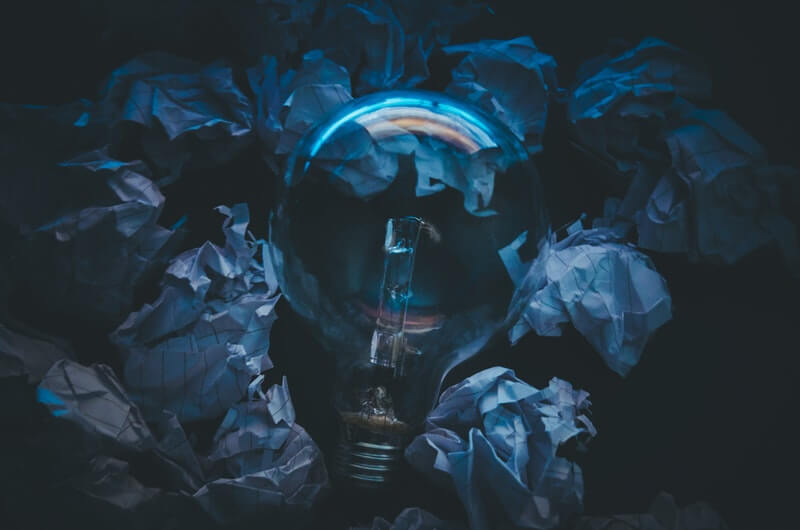 The Five Myths of Innovation

I was recently invited to speak about the importance of innovation and in one of the prep conversations for that presentation, my contact told me “there are a lot of people in the room who don’t really understand why we’re prioritizing innovation.”

Gulp! “Well, this is going to be a tough crowd” I thought to myself and I started doing some thinking about why it is people roll their eyes heavenward when we start talking about innovation. I wanted to meet that audience where they were, but hopefully address some of those concerns and in the process I identified what I think are the five most unhelpful myths about innovation… and the good news is that there are researchers everywhere who are now in the process of dismantling them. And there are ways that we can all use that new research to change our own innovation approach.

There’s a great story in Allen Gannet’s Creative Curve where he talks about how Paul McCartney came up with the song “Yesterday.” McCartney woke up from a dream with the melody in his head. He loved it so much – it was so perfect – that he was convinced for awhile that he’d heard it somewhere else. And even though he and others ultimately concluded that it was his invention and he hadn’t heard elsewhere, Gannett goes on to say that this song was actually the result of two years of work (conscious and subconscious) that occurred because McCartney listened to tons of other music that inspired him, sought constant feedback, and he ended up subconsciously combining influences from seemingly disparate types of music from Fred Astaire to Ray Charles (interestingly, “Yesterday” and “Georgia on My Mind” share both a chord progression and bass line).

What does this mean for us? Well, it means that we need to be consuming good information to come up with inspired solutions. It means we should be patient with ourselves throughout the creative process since ideas don’t arrive on demand or always encapsulated in a single moment so even collecting the idea fragments can have value. If you don’t have an idea yet… maybe go watch a TED talk, talk to your coworkers, read a magazine and let that be a starting point when you’re brainstorming. Ideas will coalesce over time and as a result of consciously consuming other inspiring content.

Myth 2: Ideas are a Result of a Single Creative Genius

Rarely (if ever) do ideas originate as a single person’s work. Instead they are actually the result of the collision of (at least) two different people’s ideas. In fact in Steven Johnson’s Where Good Ideas Come From, he talks about how Tim Berners Lee said that the internet was actually a combination of a number of concepts and collaborations – from the old fashioned encyclopedia, a freelancer that he was working with and the physics lab he was working in. Johnson goes on to say that over time, we see that the disruptive or transformative ideas that have changed our world have emerged as a result of collaboration and concept collisions. Another great example is how the smartphone (which is typically attributed to the singular genius of Steve Jobs) is actually the result of a combination of a bunch of government-funded projects. If you look at what actually makes your smart phone smart, you’re looking at access to the internet, GPS, the touchscreen display… And all of these components are government funded technologies. The internet was originally funded by DARPA (who also funded Siri) and the U.S. Department of Defense. GPS was part of the military’s Navstar program. The touchscreen display was funded by two public grants by the CIA and the NSF. So there is no single genius, just genius collaboration!

What does this mean for us? We should be humble before other people’s ideas and find out if there’s a way to combine them with our own to make them even better. It means that when we have an idea, we should be shopping for more ideas and when we don’t have an idea, we can look to others for inspiration.

Trudy Givens is a mom who lives in Wisconsin, she works for the Department of Corrections and she has worked there for nineteen years. She’s a business administrator and she had a tiny idea that she ended up sharing in an idea management community and it was seen by her boss – then president, Barack Obama.

That year, Trudy’s idea was identified as one of the leading savings opportunities for the government among the 18,000 ideas suggested. Her idea was simple: stop mailing about 8,000 federal employees hard copies of the Federal Register, a daily publication that includes rules, notices of federal agencies and organizations, executive orders, etc., because most of the employees who receive that publication just use the online version at federalregister.gov anyways. Because she was selected as SAVE Award winner, she and her family were able to go present that idea in person to the President. The government implemented her suggestion and that idea has now saved the government $32 Million since Trudy suggested it back during Obama’s presidency. I love ideas like this: something so common sense that when it’s applied at a large scale, it can have a huge impact.

At IdeaScale, we’ve seen restaurant chains save a quarter million dollars by serving ketchup in a new way or a hospital save several hundred thousand dollars, because they switched to a new medical mask.

What does this mean for us? It means a starting point for creativity is to look at the ways that you’ve made your life or your job just a little bit easier for yourself – maybe especially if you’re lazy and this helps you, because this might be something that could be saving everyone time or energy. And with a big enough audience… even a small change can be disruptive!’

Myth 4: Innovation is Always About a New Idea

The best ideas mix new and old. There’s this habit in the film industry of pitching a film by referencing another film. “It’s like Romeo and Juliet on the ocean” (that’s Titanic) or “Die Hard on a bus” (Speed) and although this conceit isn’t usually encouraged, it’s very helpful shorthand for producers because it helps us conceive of new things in a way that’s familiar. One of the shorthands that people have used to describe IdeaScale? “it’s like Reddit for ideas.” This isn’t exactly true – but it’s the shortest way we’ve found to start the conversation about what our software already does.

Gannett said there’s actually a sweet spot between familiarity and novel concepts and that creative types are really good at recognizing an idea that meets that criteria or at least in pitching it that way.

It also means that there’s oftentimes an adjacent opportunity for an existing solution. In fact, there’s this great story about how NASA wanted a better glove for astronauts (that was easier for them to manipulate in spite of the zero gravity requirements) and the answer did not come to them from their government ranks… but from a costume designer who created the wing mechanisms for Victoria’s Secret models.

What does this mean for us? Using existing concepts to justify your idea can help them make sense to other people. Sometimes your totally new idea has actually been proven out somewhere else in another format. Or you can look at something that’s solving a problem for you and see if it might have other applications in other markets or for other people.

Myth 5: Innovation is All About the Solution

Actually, the best solutions come from a good understanding of problems and empathy. Albert Einstein once said “If I had an hour to solve a problem I’d spend 55 minutes thinking about the problem and five minutes thinking about solutions.” In fact, nowadays there’s a whole cottage industry that’s popped up around problem definition. Practices like design thinking and human centered design – these have developed because a deep understanding of the problem is necessary before you get into solution territory.

One of my favorite examples of this is actually the elevator problem from Harvard Business Review. If a super in a building keeps hearing from his tenants that his elevators are too slow and he responds directly to that request without thinking about the problem it seems like the solution is to install faster elevators. But upon further investigation, he realizes that that time spent in the lobby or in the long haul up several floors is actually not about its slowness, but people’s boredom. And there are tons more (and cheaper) solutions to people’s being bored. That’s why we have elevator muzak (because – even though you don’t believe it – it makes the ride seem shorter). Or how they put mirrors in elevators, because apparently if we look at ourselves in the mirror, we don’t feel bored anymore.

What does this mean for us? Well, first of all – we should never skip the important step of understanding the “why” when we’re trying to find a solution. I’d also encourage folks to stay in that problem space as long as possible and resist the temptation to start solving. In fact, there’s even some interesting research from Adam Grant’s book Originals that says procrastinators come up with better ideas than their conscientious counterparts and the theory is because the procrastinators take more time to think about the problem and don’t lock themselves into a solution. So take your time with a problem.

Obviously there are more myths and challenges in regards to innovation. But I found it helpful during my presentation to remind us that some of the best creatives don’t see themselves that way and that we are the beginning of democratizing innovation. Everyone can participate now.