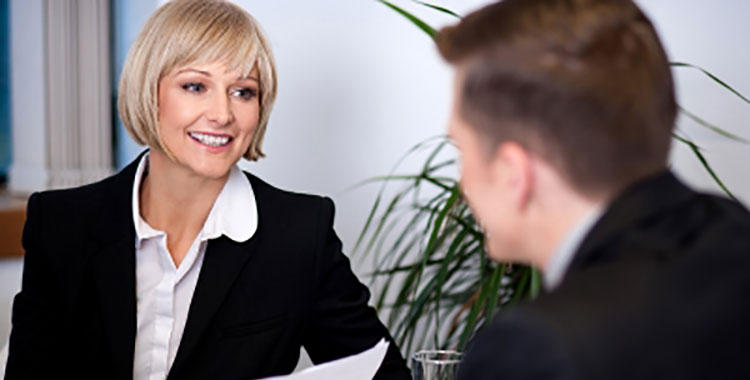 Here are two scenarios that anyone can probably relate to.

A person sees a position for a management trainee position at one of the largest retailers in the world at their alma mater’s career services website.

They go to the link of the retailer’s website and applies for the position.

This person finds out a few days later from a phone call that they made the cut for an interview with the company the following week.

The person arrives at the place where they are going to do the interview.

The receptionist puts them in the waiting room until they are called in for the interview.

During this time, the person is thinking that they are finally going to have a chance to possibly work for one of the largest retailers in the world and be able to make a decent salary because they feel that they are qualified due to having a college degree and the fact that it is an entry-level position.

They finally get called into the interview room and the “supervisor” of a particular department who is doing the interview, tells the person that they are interviewing for a much lower position for minimum wage.

The person is shocked by what the “supervisor” said and is really confused.

They thought that they were finally going to be able to be on the road to financial independence because of the possibility to fill the “management trainee position.”

Instead, they felt deceived by the company and is thinking about turning it down.

However, they took the position because they wanted to be back in the workforce after job searching for a year.

Though they try to make the best of the work, they can’t get over the fact that the company mislead them.

The second scenario entails a person seeing two positions on a small company’s website regarding to social media (internship and entry-level).

They applied for the internship position and even send a e-mail to the hiring person, who is the owner of the company of their accomplishments and how they would love to contribute to their continued success.

A week later, they have not heard back and so they apply for the entry-level position at the same company and send the same customary e-mail to the owner in letting them know that they are interested in working for them.

They never hear back from the owner of the company.

These two scenarios are an example of how businesses should not represent themselves.

We hear all the time that the job seekers or employees should do everything they can to get along with their co-workers or their bosses because it can help them in the long run.

They are told not to burn bridges because they will never know if they will run into the same person who they burned that bridge with down the road when they are looking to move up in their career.

Like this article written by Lindsay Olsen in US News And World Report on “The Top 10 Tips for Workplace Friendships” with No.6 mentioning, “Don’t Complain About Your Boss.”

Though these are really valid advice and I am in agreement with it to a large degree, I have to interject a bit on this.

All of this advice seems to only go for the person who are the employee or “busy bees” because they are the ones who are working for the salary and have to follow the rules of the company.

The above is very understandable because the owners of both small and large businesses, control the company culture.

However, we are in the age of social media and everyone is influential in their own right.

What this means is that the employees or job seekers can share their experience whether good or bad with their network that can either make or break a company.

Owners cannot get away with treating their employees or job seekers like crap anymore because if they do, it will be posted on social media.

You might think if the person shares their bad experience at a company they worked at, will hurt themselves in trying to get another job in the long run.

That may be true to a small degree.

On the other hand, the person will probably build a loyal following from other people who had a bad experience with a business or company.

Just ask Joey DiFrancesco, who was featured in Liz Ryan’s LinkedIn article, “How To Quit Like A Boss”

Mr. DiFrancesco made a unique YouTube video of himself turning in his “I Quit” papers to the supervisor in charge of a hotel that has a toxic culture.

To this day, the video has received over 4 million views and Mr. DiFrancesco’s channel has over 1,000 subscribers that has allowed him to be a freelancer and build a strong personal brand.

Employers are aware of the power of social media and are slowly changing the way they do business.

If you are about to start a business and want to make sure that you build a strong positive culture that will always give you positive reviews and press, my advice to you is:

1. Don’t mislead the job seekers when posting your openings.

2. Always respond to a job seekers e-mail even if you do not intend to hire the person. That shows your proper etiquette skills.

3. Treat your employees right because if they have a bad experience, they will tell their network that can lead to negative press.

4. Be transparent with the public.

In this day and age with social media, business owners cannot hide their mistreatment of employees or job seekers anymore because the public will find out about the bad behavior of the business which will probably lead them being put out of business.