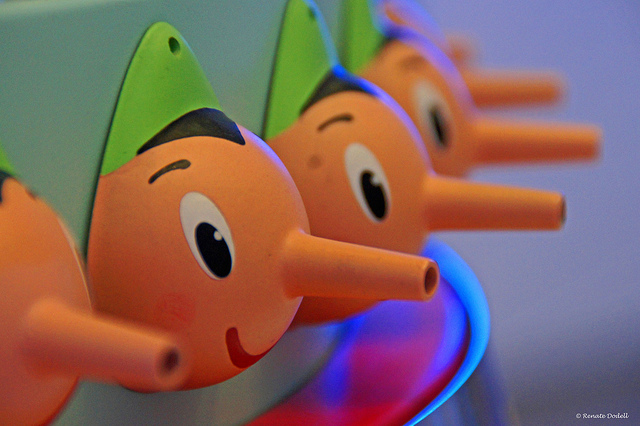 Social media is an industry that isn’t afraid to throw around buzz words. Like a restaurant’s “Soup du jour” a new hot word comes spilling down the road each day (more or less) and the industry thought leaders and pundits take to the interwebs to promote the crap out of it – as if its news.

About four or five years ago the word “engagement” popped up. The theory behind it was if companies and individuals wanted to maximize their social, they needed to do less broadcasting and more interacting with their audience. It’s a great theory and one that needed to proliferate throughout the social web because a lot of social sites were just people screaming into caves and/or spamming the crap out of anyone that might listen.

To this date, I hear some of the most renowned social media pundits and experts preach their special brand of engagement. Their public speaking, books and social media channels are littered with messages to enchant, inspire and heck even 1,2,3 jab you with how to engage. But when you watch them – and I mean really, really watch them – what do you see?

Having wondered the same thing myself, I spent about a month watching, connecting and even attempting to converse with some of these people. Now, knowing that I’m no rock star, my expectations weren’t that the biggest names in social were going to make a whole lot of special time for me, but I figured if I paid close attention them, helped share their message and advocated for the things I could actually buy into that I would witness the required engagement that they all proclaim is required for social media success.

So I watched, and watched and watched some more and the results looked mostly like this. (I will not use names to protect the guilty.)

The Whole Foundation Of Relationships Is Being Missed Here

The biggest problem with the way that most of the gurus and leaders are doing their engagement is that it is entirely one way (if at all).

It is kind of like the “friend” that you have that you go to lunch with that will spend 2 hours telling you all about what they are doing, their kids, their success and failure, and then they come out and ask for your feedback on something and somehow by the end of the lunch not one time did they ask about you?

Do you keep those kinds of friends? I suppose sometimes you do, but at the very least you begin to resent them and the whole relationship becomes far less meaningful.

Now in the case of the social pundits and leaders they are in their own right celebrities of a sort (or so they think). So maybe their fans will stay even if they don’t really engage or maybe that like on the comment you left on their stream that was done by some 10 dollar an hour “engagement manager” will carry the relationship through.

I suppose maybe the relationships just need to be better explained. How about:

“We as the thought leaders and pundits are educators. We teach theory, but don’t necessarily practice it. Our relationship for instance doesn’t require engagement because we aren’t trying to build a mutual relationship”

In comparison to the cow pies we are being fed, I would rather hear either of the above from these folks. At least those answers constitute a realistic expression of what is happening as opposed to the BS engagement we are (or aren’t) actually seeing.

There Really Isn’t An Excuse For Hypocrisy

I’m sure the natural tendency for most of the experts and pundits is to proclaim a busy schedule for their lack of engagement.

Since they have to sell books, write blogs and show high levels of influence to keep their bank accounts flush then that is where they have to spend their time.

The problem is the proclamation of engagement as a key part of success in social media. If you think about it when it comes to this group that talks engagement but doesn’t really do it, it starts to just sound like a bunch of kumbayya stuff and not at all like a real strategy. Almost like a “Wag The Dog” strategy for the small circle of elite that want to keep you looking left while they are building their empires on the right.

Now here is the thing. I don’t have any ill will toward success. I am in the corner of successful people cheering them on. I just can’t handle a flock of hypocrites that make grand gestures about engagement and reciprocity when the most you will ever get in return is a thank you when you go out of your way to help them.

So preach on Mr. Social Media Pundit and Ms. Social Thought Leader. It’s fine, there will always be sheep and so long as you can herd them, your wallet will be green. But if you seek to be even a fraction of what you claim, then perhaps it’s time to either acknowledge that engagement isn’t the onlykey to success in social media, or at least stop preaching what you’re not practicing.

If you haven’t seen this, it is a close representation of many of the “Gurus” telling the “Normies” how Social Media engagement is supposed to be done.