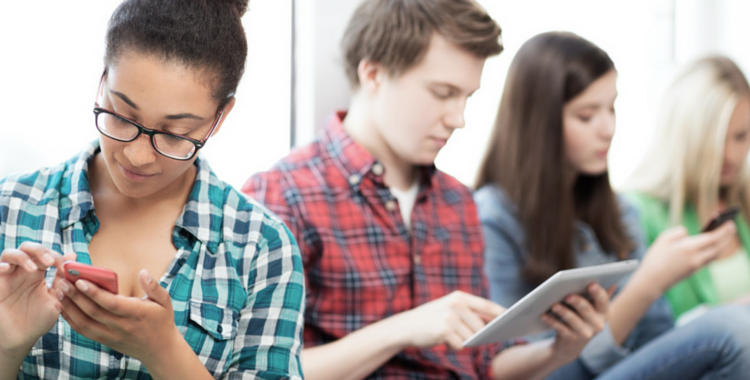 How Social Media Has Changed How We Communicate

As communication and information travel faster and faster, the world seems to get smaller and smaller. As a result, this changes how the world communicates, especially with today’s obsession with social media networks.

Before social media, we were extremely limited in our means to interact with others and we were limited largely to the people that we knew in-person. There were things we (those my age and older) had to deal with that millennials do not have to – your significant other’s parent answering the phone when you called, waiting for a letter in the mail, waiting a week to get your pictures that you sent off to be developed, and so on.

The internet and social media has drastically changed the way people all over the world interact and communicate.

How, you may ask?

One of the biggest changes in the way that we interact, due to social media networks, is the sheer number of people that we can interact with.

Another big change that has occurred is that there is now no filter on the way we speak.

In the past, unless you spoke to people directly, you had no way to get your message across regardless of your freedom of speech.  Now we can use social media to get our messages out to thousands or even millions of people uncensored.

Social media has also changed the way that we interact, mainly the way we have lost some of our social skills.  Some people are completely incapable of carrying on a normal conversation or interacting with people in person because of the dependency of social media.

Social networks are becoming one of the dominant ways we communicate. Snapchat or Instagram, anyone?? People are more obsessed with checking their smartphone every 2 minutes than engaging in meaningful conversation with their child or spouse. Social media and technology are double-edged swords. It’s awesome to have and can really help us, but it also distracts us to the point of being blind and deaf to everything else going on.

Next time you are out, count how many people you see walking and staring down at their smartphone.

It can also be argued that social networks have affected our communication by the way we converse and in our writing techniques.  The social web has changed the written word in a couple of crucial ways:

There is not a right or wrong way to communicate and/or adapt social language into our lives. However, we are all becoming engulfed in this new world of communication due to technology—and if we haven’t done so already, will be forced to learn this new form of language, especially if you are a parent of a tween (I am) or a teen.

Let me ask you – how do you think social media is affecting our verbal and written communications?