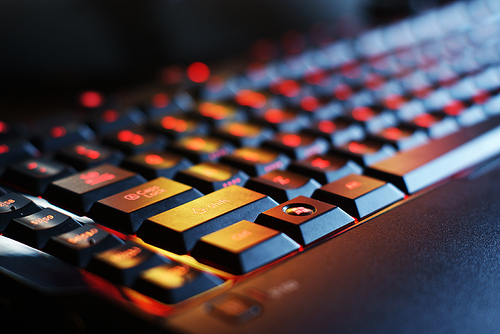 Digital disruption is occurring quickly, so quickly, in fact, that the pace can feel overwhelming. From social to mobile to apps to BYOD, as digital disruption continues to proliferate the challenges faced by CIOs are many. We have seen old industries crushed and billion dollar companies rise from thin air as new business models opened the door to innovative, new revenue opportunities. Business success in this disrupted environment definitely requires that you keep capitalizing on the latest trends, and CIOs overwhelmingly shoulder the bulk of the twin burdens of making it all work, while keeping IT operations humming. So, as digital disruption continues chugging along, with no signs of stopping, we have to ask ourselves: Are CIOs prepared for the big changes that come with digital disruption?

The CIO’s Dilemma: To Disrupt or Not to Disrupt?

For many years, IT has operated from within the four walls of the enterprise. Now with the influx of new technologies and devices in the workplace, it’s dangerous to keep IT tethered in one spot. The onus is on the CIO to go out and explore disruptive technologies, and drive the proper disruptive initiatives. They also must foster a philosophy antithetical to the old fashioned, ‘this is the way things have been done’ mentality. This is how CIOs can fulfill the responsibilities of keeping employees connected, driving tech policy, choosing the right hardware and apps, and maintaining overall data and tech security, all while meeting the business goals of their company.

That said, the biggest problem when it comes to actual digital disruption is that many CIOs are still in denial. Not about digital! No, they’re in denial in the sense that they don’t really think digital is disruptive. Well, it’s not disruptive at this very moment, anyhow. In fact, the Harvey Nash CIO Survey 2015 found that less than half of the surveyed CIOs view digital disruption as a current reality. That sounds like heads in the sand to me.

Lee Congdon, CIO of software giant Red Hat, shared his views on the CIO’s role in digital disruption on FierceCIO.com. “It’s clear to me that it’s [digital transformation] going to be started everywhere. This is going to be pervasive and effect education, government, for-profits, not-for-profits,” he said. “The winners will be those that recognize it early and start to respond early. For those enterprises that think they have time, they should use that time to their advantage because I don’t think there is any place to hide any longer.”

If you ask me, I’d say digital disruption is happening right now and if CIOs don’t pay attention, the price of ignoring it might be really high for not only them, but also for the businesses they are supposed to serve.

Therefore, it’s imperative CIOs dig their heads out of the sand, and throw their hats into the game. Now. But how do they do that?

How CIOs Can Become Champions of Digital Disruption

Treat disruption as a business priority, and collaborate with their peers. The first step is to reimagine business goals and make disruption a priority. In order to achieve this, CIOs will need to constantly collaborate with their C-suite colleagues as well as their line-of-business counterparts. CIOs need to join hands with the CEO, CMO, CSO, and other C-level execs, and look at disruption from a collective perspective to understand what the incoming changes mean for the company.

Spot and eliminate internal barriers. Organizations still functioning on more traditional business models will be where CIOs and their peers, face most of the resistance to change. The CIO, along with other execs, need to identify the roadblocks in the path to innovation and build necessary strategies to eliminate them, ensuring staff members from every level are onside.

Establish disruption as an ongoing culture conversation. Disruptive CIOs will be championing a culture of innovation in their company. In order to do so, disruption needs to be a continued conversation—in fact, it should be encouraged—within the organization as a whole, and not merely a topic discussed during meetings and other sessions.

In an era where businesses have little choice but to embrace the digital disruption sweeping through their industry, the CIO has a responsibility to look beyond the horizon and prepare their organization for the changes to come, well in advance. If they fail to sense the disruption, and act on it, their companies are likely to stagnate and eventually crumble.

Additional Resources on this Topic:

This article was originally seen on Ricoh Blog.