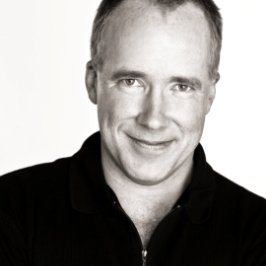 5 Reasons You Need a Millennial CEO via @TedCoine

As the founder of “The Millennial CEO” blog, does it surprise you that this post caught my eye the second it came across my desk?

But not because I’m solely an advocate for the rapid accent of youthful talent, but because the Author “Ted Coine,” did such an eloquent job of articulating the case. Most specifically related to business shift and the necessity that business leaders and boards requirement to recognize it.

Business is transforming and an injection of youthful leadership may just be the key to unlocking the next wave of potential growth.

Ever hear the expression “What got us here won’t get us where we need to go next?”

I keep thinking about our companies’ leaders, and that saying nags at me. Maybe it’s time for some brand-new leadership, something radically different from the same-old-same-old we’ve groomed and promoted for generations now.

I know, I know: “Ted, you’re one of us. What are you doing!?” And it’s true. I’m so much a Gen X-er that I’m almost a Boomer. What I’m espousing is generational treason!

I work with a lot of technology startups, and I interview a lot of business leaders of all stripes, all the time, from the most staid Fortune 100 to three-person garage firms and all in between. There’s something different about young leaders who have had to come of age in this ongoing train wreck of an economy. Something resilient, something resourceful and something inspiring.

So let me list why I think your company could do worse than to replace your current CEO with a Young Turk from Gen-Y.

Maybe Experience Is a Liability

They’re plugged in and social, and have been since birth. They intuitively get the technology their peers are inventing. Have you noticed how afraid of social media most grownups are? Your new Gen-Y CEO will not have that problem.

Their Leadership Style Is Open By Default

As Jamie Notter pointed out in a recent must-read post, probably the greatest boon we’ll experience from social media has nothing to do with the technology at all – it’s the opening up of our organizations’ cultures to match the openness of social media. Want someone to lead the way? My bet is on your digital native CEO.

Nimble is normal for Gen-Y

Unlike for the rest of us, who often feel sea-sick with all the change our economy is going through all the time, your Gen-Y leader knows nothing else. That agility is priceless!

Millennials are criticized a lot for their constant need for recognition. Tough. We raised ’em that way, and we aren’t going to change them now. Since a Millennial CEO is so used to seeking feedback, they’re naturals at providing it, too.

Finally, returning to the first point about untested leaders, let me leave you with this thought: In his fascinating book Indispensible, Harvard Business School professor Gautam Mukunda studied leaders who were tested by long years of experience working and rising within “the system,” such as British Prime Minister Neville Chamberlin. He contrasted members of that leadership group against those who entered leadership roles either virtually untested, such as Abraham Lincoln, or who were rejected as unfit to lead by “the system” earlier in their careers, such as Winston Churchill.

What Professor Mukunda’s study showed was fascinating. As he illustrates masterfully in his book, the thoroughly-vetted leaders were neither all that terrible or all that great. However, both ends of the performance spectrum, disastrous and transformative, belonged to the untested or rejected leaders.

What does that tell you about bringing in a Millennial CEO to lead your organization – who by the very fact of her youth will be relatively untested? What it tells me is, you will either have massive success or major trouble.

Want safe? Don’t take my advice: don’t hire or promote a “youngster” to lead your company.

But is there even such a thing as safety anymore? Wasn’t RIM (Blackberry) safe? Wasn’t Kodak? If you ask me, safe is about the most dangerous decision a board can make in the Twenty-teens.

This article was originally featured on Switch and Shift and can be found here.