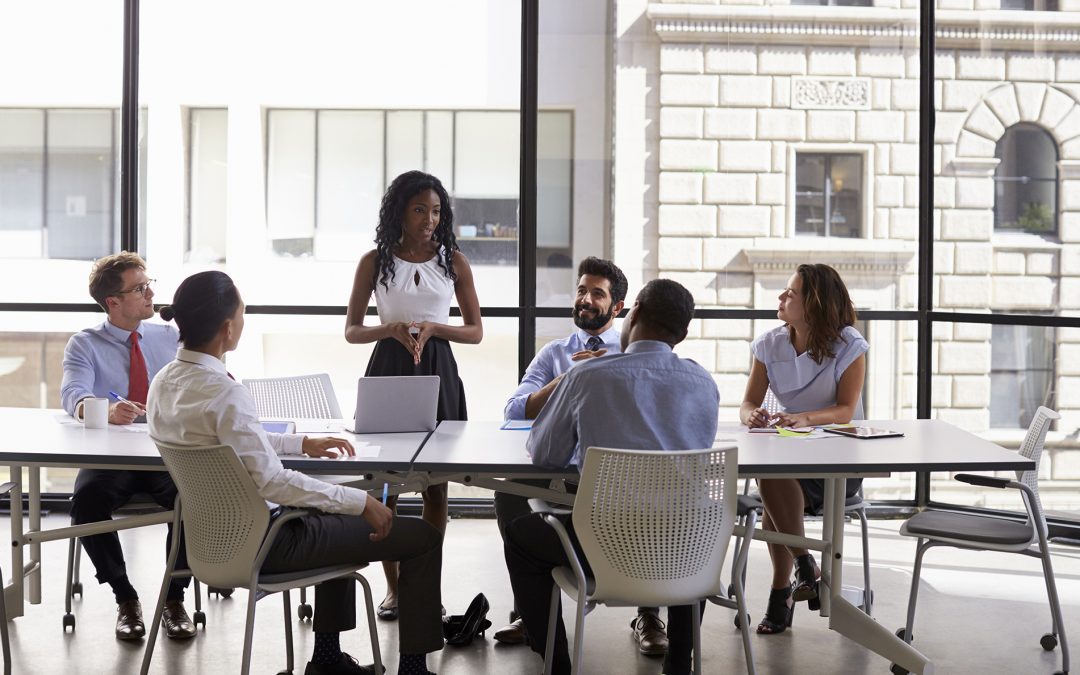 Millennials are like mobile devices: they’re everywhere. You can’t visit a coffee shop without encountering either of them in large numbers. But after all, who doesn’t like a little caffeine with their connectivity? The point is that you should be paying attention to Millennials now more than ever because they have surpassed Boomers and Gen Xers as the largest generation. Unfortunately for the workforce, they’re also the generation most likely to quit. Let’s examine a new report that sheds some light on exactly why that is—and what you can do to keep Millennial employees working for you longer.

Deloitte found that two out of three Millennials are expected to leave their current jobs by 2020. The survey also found that a staggering one in four would probably move on in the next year alone.

If you’re a business owner, consider putting four of your Millennial employees in a room. Take a look around—one of them will be gone next year. Besides their skills and contributions, you’ve also lost time and resources spent by onboarding and training those employees—a very costly process. According to a new report from XYZ University, turnover costs U.S. companies a whopping $30.5 billion annually.

Before we dive into that report, Why They Quit: Understanding the Billion-dollar Millennial Employee Turnover Epidemic, let’s take a step back and look at this new workforce with new priorities and values.

Everything about Millennials is different, from how to market to them as consumers to how you treat them as employees. The catalyst for this shift is the difference in what they value most. Millennials grew up with technology at their fingertips and are the most highly educated generation to date. Many have delayed marriage and/or parenthood in favor of pursuing their careers, which aren’t always about having a great paycheck (although that helps). Instead, it may be more that the core values of your business (like sustainability, for example) or its mission are the reasons that Millennials stick around at the same job or look for opportunities elsewhere. Consider this: How invested are they in their work? Are they bored? What does their work/life balance look like? Do they have advancement opportunities?

Ping pong tables and bringing your dog to work might be trendy, but they aren’t the solution to retaining a Millennial workforce. So why exactly are they quitting? Let’s take a look at the data.

In order to gain more insight into the problem of Millennial turnover, XYZ University surveyed over 500 respondents between the ages of 21 and 34 years old. There was a good mix of men and women, college grads versus high school grads, and entry-level employees versus managers. We’re all dying to know: Why did they quit? Here are the most popular reasons, some in their own words:

Note that it’s not just XYZ University making this final point about the importance of mentoring. Consider Figures 1 and 2 from Deloitte, proving that Millennials with worthwhile mentors report high satisfaction rates in other areas, such as personal development. As you can see, this can trickle down into employee satisfaction and ultimately result in higher retention numbers. 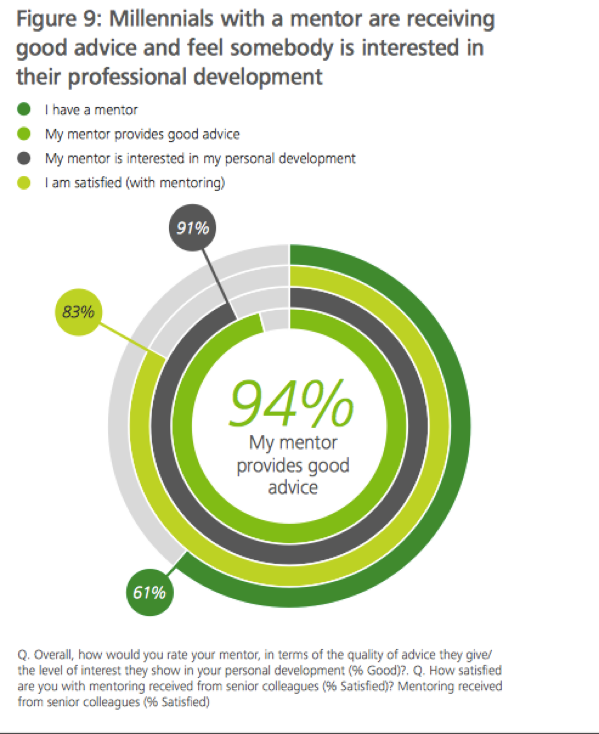 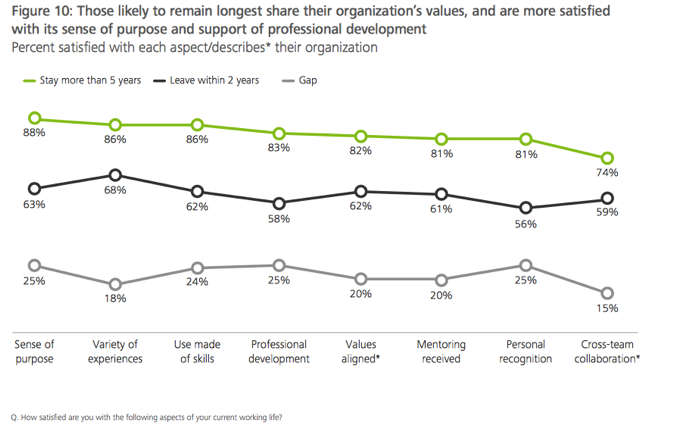 No, not communicate—I would say engage. On second thought, communication plays a role in that, too. (Who would have thought “Cool Hand Luke” would be applicable to this conversation?)

Data from a recent Gallup poll reiterates that Millennials are “job-hoppers,” as well as points out that most of them—71 percent, to be exact—are either not engaged in or are actively disengaged from the workplace. That’s a striking number, but businesses aren’t without hope. That same Gallup poll found that Millennials who reported they are engaged at work were 26 percent less likely than their disengaged counterparts to consider switching jobs, even with a raise of up to 20 percent. That’s huge. Furthermore, if the market improves in the next year, those engaged Millennial employees are 64 percent less likely to job hop than those who report feeling actively disengaged.

I know I’ve covered a lot in this discussion, but here’s what I hope you will take away: Millennials comprise a majority of the workforce, but they’re changing how you should look at hiring, recruiting, and retention as a whole. What matters to Millennials matters to your other generations of employees, too. Mentoring, compensation, flexibility, and engagement have always been important, but thanks to the vocal Millennial generation, we’re just now learning exactly how much.

What has been your experience with Millennials and turnover? Are you a Millennial who has recently left a job or are currently looking for a new position? If so, what are you missing from your current employer, and what are you looking for in a prospective one? Alternatively, if you’re reading this from a company perspective, how do you think your organization stacks up in the hearts and minds of your Millennial employees? Do you have plans to do anything differently? I’d love to hear your thoughts.