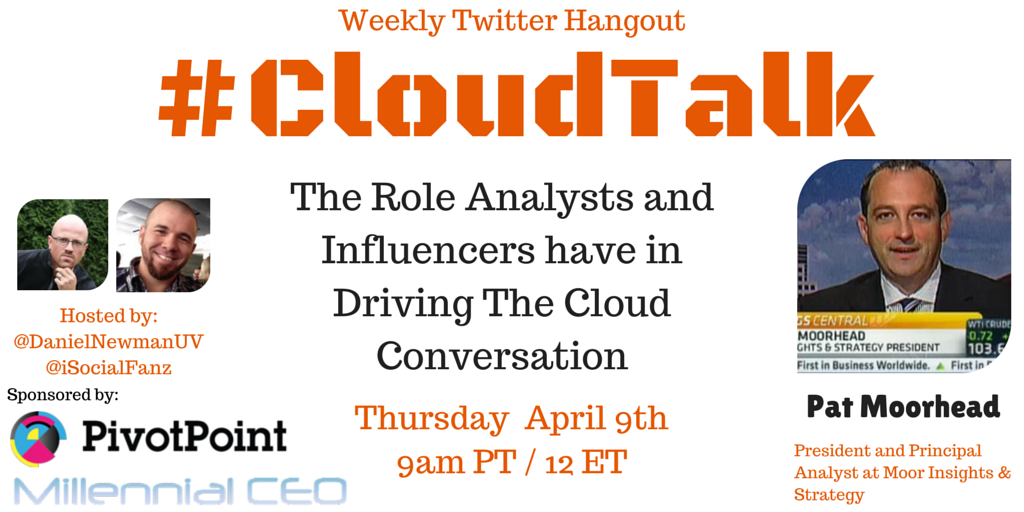 The Role Analysts and Influencers have in Driving Cloud Conversation! #CloudTalk guest: @PatrickMoorhead

#CloudTalk Thursday April 9th is excited to welcome Patrick Moorhead, the founder and principal analyst at Moorinsights and who is was ranked the #1 technology analyst in the U.S., Europe, and the U.K. by Apollo Research

Make sure to RSVP via G+ Hangout Here or watch the interview live on the YouTube Channel Below.  As always you can join the conversation on twitter during the live broadcast using the hashtag #CloudTalk to answer the questions, submit your questions for the guest or simply engage and learn from the community.

Cloudtalk is sponsored by Pivotpoint! Make sure to checkout their most recent blog posts including some from the Broadsuite Media Group Family including this post from the wonderful Shelly Kramer: “The Future of Cloud: Everything as a Service“