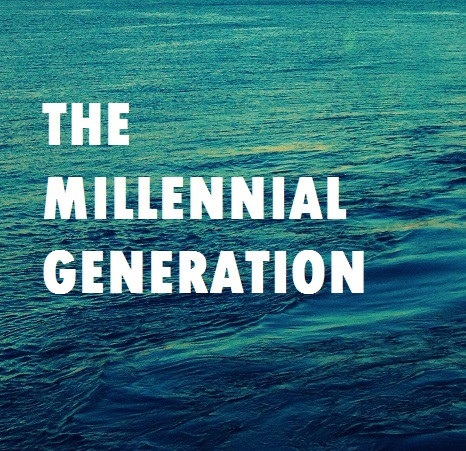 If you are a GenXer or Boomer working today, it is likely that you have co workers from the Millennial generation. It is also likely that you’ve heard people at your place of work taking part in some good old Millennial bashing – that last bastion of allowable workplace discrimination.

If you’re reading this thinking either:

What? Why is the author so sensitive to anyone pointing out how entitled and disrespectful Millennials are?

Yes! I get so sick of my co workers slagging off my age group – FINALLY someone points it out.

Well, read on, because I’m not on either of your sides. I see the world in pretty black and white terms, and on this one it is quite simple:

Last week on my own Facebook stream I came across some of my very intelligent Xer friends complaining, as a group, about those ‘entitled’ Millennials. One told the story (and I’m paraphrasing here) of recently leaving a training presentation and hearing a VP ask a Millennial “What did you think?”

The Millennial responded: “I thought it was kind of boring.”

It turns out the VP created the training. My Xer friends reacted as if the Millennial were an idiot for speaking his mind. My reaction was: not as much of an idiot as the VP for not probing and finding out why this member of the largest generation in the workforce found it boring.

Dominick Finetti is a bright young Millennial I’ve come to know over the past year through my Millennial Think Tank. He told us this story recently:

I went to a SWSX sponsored TechTalk full of Austin’s tech leaders and one of the very first discussion points was how “Millennials have unfair expectations and aren’t reliable at the end of the day.” I was the only person under 25 in the room.

Let’s just say I put my best smile on and opened their minds a bit when it came time to introduce myself to the room.

A number of them were basically saying: “there’s less money going around than there used to be – free yoga, gym access and really high salaries and benefits aren’t available anymore.

What they didn’t discuss that I think is a huge issue is that Millennials are applying to companies like Google and Facebook (or have worked there in the past), and they go into startups with the same expectations.

I understand what they’re staying: Millennials should understand that there is a difference between large and small companies.

What I personally think is that these startups need to take a page out of Meghan Biro’s book, face the challenges they have competing with big companies head on, and clarify the many benefits startups can actually offer.

Another member of my Think Tank is a very mature acting Millennial who is often mistaken for being of an older generation. She attended a prominent HR conference packed with 500+ HR professionals.

She was excited to learn from more experienced HR professionals at the opening panel discussion. Imagine her surprise when the first video played was a parody of Millennial behavior at work.

Just let that sink in, and imagine a parody of old, doddering Boomers. That would be immediate lawsuit material, right?

But somehow too many have accepted this blatant age discrimination as ok. Why is that?

The reality we all need to come to terms with is that the workplace has changed. Technology is transforming communications and work culture; everything is moving at warp speed. Hierarchies are dissolving before our eyes, and companies who cling to traditional mores of ‘respect’ before productivity will eat the dust of those who embrace the new mindset.

Millennials now outnumber all other generations in the workplace, and soon they will dominate management positions too. The youngster you’re griping about around the water cooler may soon have the ability and power to determine your work future.

Even more important, in my opinion, than self preservation as a reason to quit the bashing are the rules of fair play. There is so much talk about the future of work, and creating happy and engaged workplaces; how do we expect younger employees to be inspired and committed when they hear denigration of their generation accepted openly in the workplace?

Smart managers and HR personnel will recognize stereotyping younger employees as a real danger to retaining Millennial talent at work, and educate their workforces that it is unacceptable and unfair.