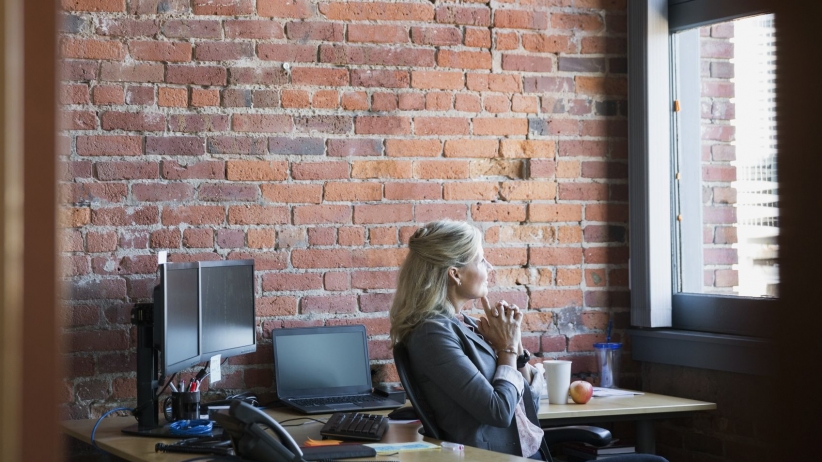 6 Changes Your Company Must Make to Develop More Female Leaders

The most recent allegations of sexual harassment by management and subsequent apathy by HR at hot tech startup Uber have once again brought to the fore the lack of progress we’ve made in gender equality. What Susan Fowler’s story highlights is that not only do women face direct discrimination from managers and peers, when they speak out they often feel the backlash in their opportunities for advancement.

The lack of female leaders in general, and especially in the tech world, is one of the most highly discussed challenges. All the industry giants have been criticized for continuing to have such low numbers of women on the board, in management positions or even in the workforce in general. This has caused many, such as Facebook, Google and Apple to publicly release reports on their diversity statistics and commit to developing more female leaders. The numbers of women of color in leadership positions is even lower. A study by the AAUW found that out of Standard and Poor’s 500 only 4 percent of executive officials and managers were women of color.

Not only is this an issue about equality, it also greatly impacts a company’s bottom line. Studies show that companies which are more gender diverse are 15 percent more likely to outperform and those which are more ethnically diverse are 35 percent more likely to outperform. Companies with more female leaders are also proven to be more profitable. In fact, studies have shown that women are typically rated as being more effective leaders overall than men by their reports, peers and managers. So why are there so few female leaders.

While we may not realize it, everyone is subject to unconscious bias. The reason why it’s so taboo is because people fear being labelled as sexist, racist or prejudiced for acknowledging it. In fact, studies show that it’s not just male managers who unconsciously stereotype women — female managers are also susceptible to unconscious bias against their female reports. Failing to acknowledge the potential for unconscious bias is your company’s number one mistake when it comes to developing female and minority leaders.

Even if your company has a clear policy against inequality in promotions and pay, why does it still happen? To find out you have to look at the root causes.

Similarity bias is the tendency for people to want to help and mentor people who remind them of themselves when they were coming up in the company. As the majority of managers are still men, it’s not uncommon for them to see themselves in a male report who may have the same personality and interests as them when they began working. Even if unconscious, this can lead managers to favor certain reports with extra mentoring and, thereby, opportunities for development.

Feedback and performance reviews are essential to helping employees develop professionally and for companies to identify top performers for new positions. When unconscious bias finds its way into these important tools for advancement, it can cause women to be held back under the radar.

A joint 2016 study by McKinsey&Company and Lean In found that, while both genders ask for feedback equally, women are 20 percent less likely to receive difficult feedback. The most common answer given is that managers don’t want to seem “mean or hurtful”.

Most managers already find it difficult to give constructive feedback, even when their employees ask for it. If male managers hold on to an unconscious fear that women will be more likely to react emotionally to feedback, their female reports will not receive the same coaching opportunities as their male peers.

Adding another layer, a study by the Center for Talent Innovation found that 2/3 of men in senior positions pulled back from 1-on-1 contact with junior female employees for fear that they might be suspected of having an affair.

What’s more, when women do receive feedback, studies show it is often vague and not tied to business outcomes. This means that, whether it’s positive or constructive, women are less likely to be told what specific actions contributed to the team/company objectives or how they can improve. Meanwhile, their male colleagues are more likely to receive a clear picture of how they’re doing and what they can do to improve.

People also have a tendency to see certain behaviors as primarily male or female. For example, assertiveness, independence and authority are often stereotyped as “male”, while supportive, collaborative and helpful are perceived as typically “female”. Therefore, studies show that when women demonstrate qualities typically associated with men, it is often criticized. For example, two studies in particular have shown that while men are often described as confident and assertive, for the same behavior, women are described as abrasive and off putting.

There is no evidence men more effective leaders.

However, a study by Zenger and Folkman sought to evaluate the effectiveness of male versus female leaders in 16 leadership qualities. Overall women were perceived as more effective and surpassed men in 12 categories, even those typically perceived as “male” such as taking initiative and driving for results.

Perhaps most convincing of all, a meta-analysis of 99 data sets from 95 studies conducted between 1962-2011 published in the Journal of Applied Psychology, similarly found that female leaders were rated by their reports, peers and managers as being just as or even more effective than male leaders.

The interesting question is why women continue to be overlooked for leadership positions? These studies may reveal some answers. For one, the meta-analysis showed that, while they’re rated highly by others, many have a tendency to underrate themselves in their self-assessments. Another, as mentioned previously, is the tendency to perceive the desired leadership skills as those regularly stereotyped as “male”.

In today’s flattening, collaborative, autonomous work atmosphere companies are beginning to realize they want coaches, not managers. Some of the top qualities needed are instead: emotional intelligence, coaching/mentoring, ability to motivate and engage through purpose, empowering through autonomy and ownership. In effect, not only are our perceptions of female vs male leaders incorrect, our perceptions of what makes a great leader are also based on outdated stereotypes.

Here are six ways you can help your company develop more female leaders:

1. Recognize the potential for unconscious bias.

Rather than making it a witch hunt, it’s important to explain that the potential for bias is common but there are ways that companies are helping their workforces to identify and combat it. Companies like Paradigm and Textio, for example, are helping major tech companies overcome this challenge by offering trainings and workshops on implicit bias and opening up their hiring practices to more diverse candidates. Meanwhile Google has come up with its own internal program to help its people recognize unconscious bias. It has also publicly shared the slides and training materials it presents to its employees.

2. If you think your feedback may be hurtful, you’re giving it wrong.

If you’re unconsciously worried about giving constructive feedback to a female report because you don’t know how they’ll take it, you should consider how you’re saying it. Anyone – whether a man or a woman – who receives strong criticism which isn’t actionable will find it difficult to process. Remember, these key practices: never judge, always refer to specific examples of what was said or done and provide suggestions for how the person could improve.

Without a common and agreed upon set of top leadership qualities, it is more likely that people will hold onto the dominating stereotype of the typical “boss”. Instead, take a page from Google’s Project Oxygen. During this project the company utilized employee surveys, analyzed manager performance reviews and interviewed the top managers within the company. As a result, they came up with 8 key behaviors that the best managers possess.

Not surprisingly, not a single one conformed to the traditional authoritarian stereotype many still unconsciously think of. Instead, some of these included: being a great coach, empowering the team and not micromanaging, and expressing interest/concern for team member’s success and well being.

Find out what qualities are most important for being a great leader in your company. Make sure this process is inclusive with feedback from employees, peers and managers alike. The better you define what leadership looks like, the less likely future managers will be chosen based on outdated stereotypes.

4. Integrate these qualities into your performance review process.

It’s not enough to simply come up with a list of behaviors. The next step is then to integrate them into your performance review process as core leadership competencies. Rather than asking if said person has leadership potential, ask people to review others based on their ability to coach, communicate effectively or empower others. This will help both men and women develop the leadership skills needed to effectively manage your teams.

Rather than making coaching an informal part of a manager’s job, every manager should set up standing bi-monthly 1-on-1s  and/or weekly strategic check-ins with each report. By making these 1-on-1 meetings standard for everyone, managers can ensure they’re not unconsciously giving preference to certain employees over others.

Though often associated with women, studies show that imposter syndrome affects both sexes. It could very well be the reason why talented individuals aren’t getting promoted within your organization. To address this common phenomenon, help train your employees to set challenging but attainable goals and teach them how they can use these achievements to benchmark their progress, for themselves and their manager.

For more information on how you can develop your new managers download our free white paper.

A version of this was first posted on Entrepreneur.com and republished on TalentCulture.

Steffen Maier is the co-founder of Impraise , the People Enablement Platform. Impraise’s belief is simple: Grow your people, grow your business. They help unleash people’s potential, doing more than just performance reviews, which means accelerating performance, fostering career development, and seizing all the moments that happen in between.