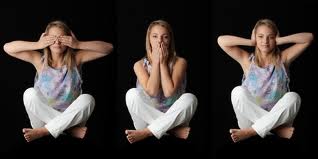 Social Media Pundits – This Post’s For You

So, impressed by your enthusiasm for connection,  I follow you and friend you. I watch you with the hope of gaining some enlightenment around how to utilize engagement in social media, trusting that you’ll elucidate on how to build “The Brand”. Yet, all I seem to experience is tired, overgeneralized, and unimaginative rhetoric.

I’m talking about the real pundits. Those with tens (or hundreds) of thousands of followers, likes, circles, and connections. Those who publish well-respected and oft-perused books; those speaking on panels about social media; those who are charging people a lot of money to hear what they have to say on this New Media.

Those pundits who know that ROI is nearly impossible to define in Social Media yet know that the Unicorn for Marketing Executives is to be able to create a return, or at least some substantive gain, from the social efforts.

With that said, allow me to be the first to raise my hand and say I want more from the leaders of the Social Media Revolution.

Considering the reality that Social Media is becoming, and will ultimately be, “The Way” to reach people 24/7 for both business and personal, I’m going to go out on a limb and say that this new media is pretty darn important.

When I hear from the real thought leaders that Social Media is the same as real life, I think: “Engagement”.  I think: “Branching out and extending your network”.  I want to really learn about making meaningful connections with people to translate those relationships into something reciprocally beneficial.

“Branching out and extending your network”

These are goals toward which I aim everyday that I spend in the social media landscape. I work to connect with new people and to appreciate, more significantly, the people with whom I have already connected. I want to build something meaningful and I understand that every relationship is unique. I’m no Social Media Rockstar, I’m just Dan.

For the pundits, the legends, the authors, and the influential; I guess I’m trying to figure out what you mean by social engagement? It’s an genuine curiosity; when I watch you do social media most of you just talk to each other. It seems that you make very little effort to connect outside your circle of elite and, for me, that doesn’t pass the sniff test.

If Engagement is the perfume of social media, then why do so many of you stink so badly? Pun Intended …