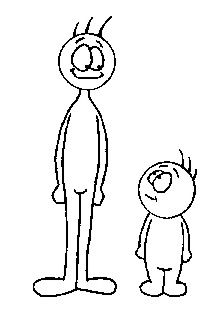 Who Are Micro Influencers and Do We Need Them?

Is your brand seeking to get on the influence bandwagon?

Has the growth of Klout, Kred, PeerIndex, and Traackr got your head spinning trying to figure out who the right folks are to accelerate brand awareness and lead generation or conversions?

Good news, you are not alone. If you were, all these platforms wouldn’t be growing in popularity.

The only problem with all of these platforms is that I’m not sure they actually work.

While brands think they are seeking out digital influencers, in reality they are not.  What brands are really seeking, are micro influencers, many of whom use digital as their platform.

I’m so glad that you asked.

The answer is fairly nuanced, so let me use an example to simplify the explanation.

Many brands looking to quickly grow awareness and mass appeal turn to a macro influencer, typically a celebrity to promote their product.

For example, Nikon wanted to sell more digital cameras, so they hired Ashton Kutcher to do an advertising campaign, and I’m sure all us older folks remember Gatorade’s “Be Like Mike” campaign.
Michael Jordan had virtually every kid on the planet drinking Gatorade before, during and after games. We all wanted to be like Mike, even though to this date we aren’t sure that Gatorade is a great hydration source, especially for younger athletes.

While all campaigns vary in their success (note my first example vs. the second), many campaigns like this appeal to the masses because the chosen celebrities (macro influencers) had the kind of clout required to help sell a product.

Fast forward to 2014 when the internet, specifically blogs and social media are full of influential people.  These people have substantial followings and are often very well known for something specific like marketing, leadership, or even parenting. These people by-in-large are micro influencers.

The difference in micro and macro influencers is that what apprears to be a large audience/community for a micro influencer is in all acruality, very small. Trust me. Put any of these so-called “Social Media Gurus” in a Cadillac Commercial and see what happens. My prediction is that you would see a whole lot of nothing. This is because, even though these “gurus” are to varying degrees influential, they cannot compare in scale to macro influencers.

I wrote earlier in this post I talked about some of the platforms that are focused on identifying influencers like Klout and Peer Index.

At the highest level these platforms have value for brands, especially those looking for some baseline data on digital influence (which you should be).

Having said that, there are millions of holes that can be punched in all of their services. For the most part they use algorithms that look at things like likes, retweets and +1’s on social media as a way to determine influence.

Don’t get me wrong, moving content via social is important for content marketing and SEO, but it doesn’t tell the whole story. Klout (nor any of the others) for instance can’t connect its API to self-hosted blogs.  However they can connect and measure influence for people using Blogger, Tumbler and Blogspot.

I want you to think about that for a minute.  How many highly acclaimed bloggers use those free blogging platforms? From what I have seen, very few. Most are using self-hosted WordPress or something similar. What this means is that influence scores don’t consideration the traffic that some of these writers are generate when scoring. Instead they just look at social signals, which again, don’t tell the entire story.

Finding Both Precision and Accuracy With Micro Influencers

In the connected world, it seems like everyone knows everyone.  This must be why so many brands take the shot-gun approach to building their networks. They collect likes, followers and web traffic with no real idea of why.  The assumption is more must be better.

However in the digital age “more” is irrelevant.  For most brands, especially those that do not have a product for the masses (B2B’s or Niche Products), it is important that they aim to employ micro influencers that can be both precise and accurate.

The two words (precision/accuracy), while seemingly synonymous in actuality, are not. Allow me to explain.

If you think about aiming at a target that is your ideal audience, then hitting the bulls-eye would be “accurate.”  If you were to hit the same wrong spot consistently, then you are precise.

The idea is to be both precise and accurate by driving an influential voice consistently to your target audience.

Find The Right Micro Influencer For Your Brand

Micro influencers are a great way for brands to grow awareness and community through influence campaigns. However, finding the right person(s) is key to the campaign’s success. A great way to start is to understand what your brand is truly trying to accomplish with an influence campaign.

Some questions you may want to ask yourself are:

Once you have answered those questions, then it is a more appropriate time to seek out potential candidates to work with your brand. And while I know many marketers are infatuated with metrics, make sure that you don’t obsess about the wrong ones. What I mean by this is to look beyond followers, likes and Klout scores and make sure the micro influencers you are looking to engage can actually help your brand accomplish its goals.

Remember, numbers only tell part of the influence story.

While every company is different, if your company sells enterprise software, then make sure you find someone that influences the tech community with a knack for B2B.

A successful micro influence campaign may only yield 25 real opportunities based on the micro influencers ability to garner interest from a small, accurate and precise group of IT leaders and CIO’s.  Although 25 may seem small, what would a B2B software company invest to get 25 CIO’s interested in their product? A lot I imagine, but not just any person can get those CIO’s going. The right micro influencer can.

A company with a more mainstream product may want someone who is highly influential with food, gadgets, pets or babies depending on the specifics of the product. Nevertheless the key to micro influence is the right influencer aligning with the right product.

The great news is that micro influence can work for many brands of varying shapes and sizes so long as they focus on the right metrics and an accurate target audience.

Has Your Organization Considered The Power of Micro Influence To Drive Awareness, Inbound Lead Generation and New Sales?