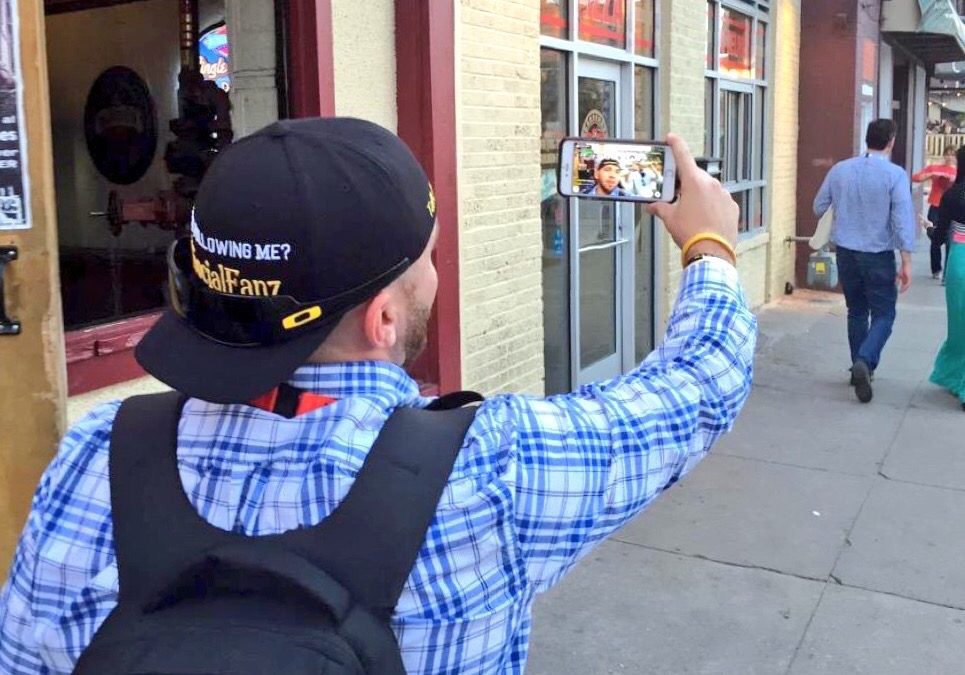 What I learned about #Meerkat at #SXSW Might Surprise You!

What I learned about #Meerkat at #SXSW  Might Surprise You! #iSocialTalks  by Brian Fanzo @iSocialFanz

I had the luxury of using the newest Fear Of Missing Out App creating buzz online called Meerkat these last two weeks in Barcelona for Mobile World Congress and this week at South By SouthWest in Austin Texas. The engagement and value i’ve found using this app is something that has even shocked me and I’m an early adopter and fully embrace that I suffer from FOMO.

As someone who has co-hosted a weekly Video Hangout Chat for over a year and done video blogging for just as long the power of video has been something I’ve enjoyed and embraced. How does this differ from Meerkat? Meerkat is a raw real-time stream that allows you to go live from your mobile device with the click of a button and it doesn’t require you to build a new community as it shares your links and comments with your twitter stream. My friend Dustin W. Stout wrote a great detailed blog highlighting the features and benefits of Meerkat here.

How did I use the app at these events?

Because I tested the app in Barcelona and was an early adopter I was able to leverage the days leading up to SXSW to create a strategy for leveraging Meerkat which combined with an awesome community helped me find great value and be on the Meerkat Leaderboard.  Not everyone is using this app for live streaming events or face to face engagement, my friend and new MCEOtalk host Vincenzo Landino has blown up singing Karaoke and social friend and newest Linkedin hire Carlos Gill has give us an inside view of his first week at linkedin, including walking the streets and interviewing street performers!

I was also surprised how many people found me on the meerkat app that weren’t following me on twitter. When I found this out I decided to ask every watch to comment or ask questions so I could follow them on twitter. I also took all of these new followers and added them to a private twitter list so I could research who and where these people engage as it was apparently I had a new audience that hadn’t engaged with me before meerkat. I also loved how Gary Vaynerchuk was using the app, even having one of the guys on his team on stage while he was presenting at SXSW to give the digital audience an even better view of the speaking event than us in the crowd.

Since arriving home I’ve tried multiple different types of meerkating including putting my iPhone on a tripod pointed at my computer monitor while I was on a google+ hangout, giving the meerkat audience a chance to hear more than just my one person view and insights.

The live streaming and community feel of this app is impressive but beyond that I’ve been documenting numerous lessons that we can learn from the design to the go to market strategy of the app. Here are some of those below:

Beyond just the Live Streaming App that We Can Learn from Meerkat:

If you want to hear more about it on video, here is my most recent episode of my video blog series called #iSocialTalks, where I did a live meerkat while also recording this video on QuickTime so that I could upload it to YouTube. I share more details about these lessons learned and some more takeaways from SXSW.

Additional Fun Pictures while on Meerkat!