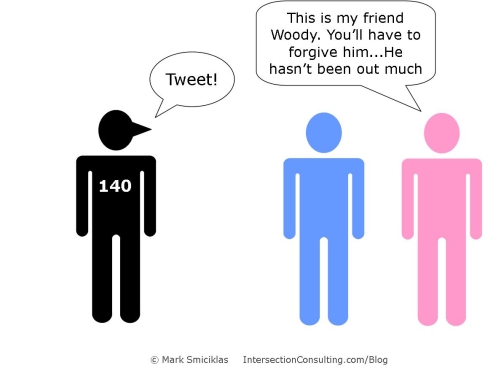 For businesses and brands, social media has been instrumental in connecting with audiences, building brand awareness and encouraging customer loyalty. Those use-cases have been well documented, but what about the impact of social media on personal relationships — specifically when one person in a committed relationship is much more active on social networks than the other?

GenXers watched the evolution of digital media and social networks shift from being pure communications tools into vital marketing and customer service channels. They saw the rise and fall of the internet chat room, #IRC channels, and the arrival of Facebook and Twitter on the social web.

To really understand the role that social media plays in the daily lives of GenXers, and to probe how participation in the social web affects interpersonal relationships, we turned to our panel for their insights and perspectives.

You can view the hangout in its entirety here.

If you’ve been reading these summary posts or watching the Hangouts online, you know that reacting to prominent research regarding internet usage trends between the generations is often a starting point for deeper discussion; I set the stage with several key findings from Pew Research.

One common thread quickly emerged: recognizing — and openly discussing — the potential negative pitfalls of online communication, both personally and professionally.

To combat the temptation to remain always connected and accessible, establishing firm boundaries means more work gets done and more stuff gets created. When work takes us online and into the social networks, it’s easy to get drawn into the conversation vortex and lose all sense of time and purpose. Not surprisingly, the feedback loop of likes and comments on Facebook triggers the same stimulus centers in the brain as dopamine.

Charlene has noticed entire conversations between friends shift from the phone to text messaging to Facebook Messenger or on a Facebook status update, reaffirming once again that social media usage is habitual and ubiquitous for those who see value in them. When applied judiciously and mindfully, social can — and does — accentuate positive points of connection for GenXers and others alike.

It’s Just Life: The Why of Social Media

What drives social media participation among GenXers is varied and diverse, and the panel touched on a number of these during the discussion. For those who telecommute or freelance, conversations on social channels replaced the traditional water cooler discussion that comes with working in an office. In other words, it’s less about driving business or audience development and more about the simple act of connecting with people independent of platform or channel.

Forging deep ties through social media channels is a byproduct of interaction, but it happens organically when similar interests and experiences combine — and when we can collectively distinguish between self-serving or self-promotional activity and authentic conversations.

Brian spoke brilliantly for the marketers in the group, saying,

As social media marketers, we do stuff in order to get people to have a reaction. I don’t want to be that reactor, I want to be a creator.

Digitalism escapism is a real thing, and it can be a source of friction and conflict between those in committed relationships. Optics matter, and there was agreement among participants that what is shared online can’t be viewed holistically. Even the most casual social media user knows how to elicit a response vis-a-vis the way they interact online. This particular panel was comprised primarily of marketers and entrepreneurs who viewed social media through a strategic lens — with two exceptions: Lisa and Doug are both married to “power users” who spend more than four hours per day on social media.

Lisa noted she uses social media as an opportunity to connect with friends and family separated by geography, saying that it took some time to understand how I (her husband) used social media as part of my work and professional development. As a casual user, she’s more concerned about missing opportunities to be present and empathetic “in real life” as opposed to missing out on valuable information or learning through social media.

Having open and honest dialogue about how a significant other is using social media is important, a point first brought up by Doug and reaffirmed by everyone on the panel. Inappropriate or potentially destructive use of social media exists, but GenXers seem particularly attuned to addressing issues and points of conflict before they jeopardize the relationship between committed adults.

False Intimacy and the Comparison Trap

Social media feeds a basic human need to connect, share and communicate, but Jure brought up an interesting tidbit: when conducting ethnographies of social media users, he discovered even the most casual user began optimizing the content of their status updates to leverage trending topics. Unpackaging this insight further reveals narcissistic and ultra-competitive behavior.

This panel of GenXers was acutely aware of the negative implications of social media, but recognized social media wasn’t the root cause of interpersonal strife; rather, social media made it easier for people to misrepresent themselves, cheat or assume different identities.