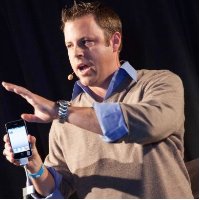 Who Put The Consumer In My Enterprise? UX, UI, U-whatever. Enterprise software needs to be as thoughtful as consumer products today

About a year ago, I was at Starbucks and I couldn’t help but overhear a conversation going on behind me. It was a group of three 20 or maybe early 30-somethings talking about their company’s Sharepoint Site.

Talking may actually be a nice way of saying it; they were bitching about how much Sharepoint sucks. Before I mentally exited from my eavesdropping, I heard rumblings about how “clunky” Sharepoint is and how it takes an entire team of full-time employees just to manage the tool. The only positive thing I heard was when one of them said, “I would recommend Box or Huddle, but all those Sharepoint staffers would be out of the job because those tools are easy to use.”

That’s when it hit me. They were saying exactly what I have been thinking for some time. Why have Enterprises stuck with hard to use, non-intuitive software tools for so long when there are so many new mouse traps being driven by the consumer?

For those unfamiliar, consumerization is the movement by which design, user experience and products are being utilized by the consumer and then introduced and implemented back into the organization. An example would be the utilization of iPads and iPhones in the office. These tools were originally targeted directly to the consumer, but they were so effective for business use that consumers began to demand these tools in the workplace.

This is where the term BYOD(Bring your own Device) comes from. People wanted to bring their gadgets into work and use them while there. BYOD is just a phrase that the enterprise used to commercialize and sell based on this consumer movement.

So what is it about consumer-focused products and experiences that are forcing them back into the enterprise?

This certainly isn’t a movement by traditional enterprise software developers. We all know a few things about them. They like to develop super heavy applications that require a lot of maintenance and a lot of customization. Anyone want to take a stab at why this is?

It must be driven by the user, like the ones in my story above that are saying, “Hey, I am using Dropbox or Google Apps to instantly store my content, manage my calendar, chat with teammates and do more without any involvement from corporate IT. Why do we have this giant, difficult to use, pain in the ass application that no one likes?”

The answer if I had to guess is because a) it is what they had for years b) the people making the purchasing decisions are fond of proprietary and difficult solutions (job security) and c) the bigger the organization the harder it is to change.

Despite all of those salient points (some are ridiculous), the switch is in; and top talent wants to work with tools that are easy to use. They desire the simplicity, elegance and smarts of the tools they use on their own devices.

UI and UX: Big For Enterprise

Anyone that has ever used a good quality consumer app knows what the experience should look like.

At USTREAM, our goal is for the creation and sharing of video content to be seamless and so easy anyone can do it – from media companies to enterprises (a trend I see accelerating).

This is where usability testing and simplicity meet. Companies that are creating software need to have a new generation of testers to determine just how usable it is.

With consumer products, many times the usability is self managed. The product is released to the market in an App Store of some type and then people download it and review it. It the users don’t like it they will tell you why and if it is buggy they will often help clean that up for you. They will also let you know if the interface is clean and simple and whether or not the experience is painful.

Kind of like small businesses use Yelp to review their shops. Developers of tools for consumers use their peers and communities to give their applications a thumbs up or thumbs down.

The scale of the consumer products typically allow for extensive A/B testing, cohort analysis, etc that many think is not viable in an enterprise model.

I think enterprise software companies have kind of missed this movement.

Most of enterprise companies employ QA type folks who have way too much knowledge on how to use their software and product solicits primarily their product feedback. The more progressive companies have user groups, but those are often just as bad because the people that participate are all power users.

Either way, what ends up happening is people who are way too knowledgeable end up saying that a software is good and is ideal for their customer. I’m pretty sure that is how we ended up with Sharepoint, Excel and every CRM package built before Salesforce.

In the end it all boils down to what I said before. It has to work, and it has to be very easy. Oh and one more thing. It needs to be friendly to the eye. Enterprise software has gotten away for far too long being ugly. This trend is producing a whole new breed of Enterprise SaaS powerhouses from Yammerto Salesforce to Box. But even some of these have a long long way to go to equal the simplicity and smarts of the consumer apps.

So Who Put The Consumer In Your Enterprise?

This isn’t something that happened by chance, it has been happening for a while. With increased connectivity, faster processors in our personal devices and a world full of really smart coders and entrepreneurs, better mousetraps are being introduced every day.

One third of IT budgets will be spent on cloud computing in 2013 with worldwide IT spending reaching $100 billion by 2016. So, perhaps there is hope yet.

Diligent and wide-eyed consumers are finding simple to use, high productivity tools and bringing them to work and saying “Hey, any chance we can use this instead?”

Maybe, just maybe if they ask the right person at the right time they will get a yes because many of these superior solutions do more and cost less. Leaving change as the only hurdle.

Deep down, all I can really do is nod and say thanks to those driving the consumerization movement forward. As CMO budgets continue to increase (while the CIO budgets are decreasing), I expect this trend only to continue.

In the world I live – lean, fast and productive aren’t frowned upon, they are invested in. I just can’t wait to see what’s next.

this post was originally featured on Medium and can be found here. It is being shared with permission from the authur